Where Would We Be Without TRUTH?

“The church has lost her testimony! She has no longer anything to say to the world. Her once robust declaration of TRUTH has faded away to an apologetic whisper.” — A. W. Tozer (1897-1963)

In my earlier essay Why The World’s Dark Business Is Booming, I described how the world’s ancient business of moral chaos has grown into a mega-monopoly of soul-crushing power. With its unabated glorification of sin and self, the industry of this world has succeeded in supplying products of discord to the masses in order to ensnare them with a false sense of freedom and protection. Self-agency and temporal security may be the world’s sly promise, but tyranny over humanity is the tragic end result.

Sadly, this evil world conglomerate has come to dominate today’s global market because of one simple fact: It has capitalized on the current devaluation of biblical stock and a depreciation of the Gospel proclamation. The world’s only legitimate competition, the Truth-bearers of Jesus Christ, have too often shuttered their factories of bold witness and settled for a curiosity shop that plies its religious trinkets among the world’s seducing lies, with little awareness of their dangerous compromise.

Looking over this barren landscape of Christian appeasement, one can easily see a massive segment of our population living in spiritual confusion because they believe the world can provide the solution to their struggles. Without truth to guide them, however, they will continue to toil under such satanic delusion. So who is there to help them out of the chaos? Where are the fearless disciples of old who, under penalty of death, reached out to the lost and dared to proclaim truth against the lies of this world? And why are some professing Christians today outsourcing truth to the world’s business, where it will always be retooled into a cheap knock-off for mass consumption?

END_OF_DOCUMENT_TOKEN_TO_BE_REPLACED

Why The World’s Dark Business Is Booming

“To have one foot on the land of truth, and another on the sea of falsehood, will involve a terrible fall and a total ruin.” — Charles H. Spurgeon

Have you noticed that the citizenry of this world, with all our global connectivity and technological advancements, seem to be shifting more and more into a trajectory of chaos and uncertainty? Why is this? Surely in an age of scientific precision and meticulous social engineering, we should be achieving a high level of stability. Yet, obviously from our current state of cultural upheaval and political warfare, we seem completely unable to reign in the darker elements of our nature. A gathering swell of violent rage, fear, depression, and a growing lust for drugs, alcohol, and pornography are tearing at the moral fabric of our society. But why?

Perhaps we should seriously considered the distinct possibility that all the guiding philosophies of this world have unionized to cobble together a central message that drives us into the moral chaos in which we find ourselves. Like a fat-cat global conglomerate, the world and its board of directors have fine-tuned their mission statement and built a business model around it to achieve its vision of complete domination in the marketplace of souls. And like a scheming conglomerate, it has engaged in a massive PR campaign to transmit their corporate message into every mind and heart on the planet.

END_OF_DOCUMENT_TOKEN_TO_BE_REPLACED

My dear friend! It’s always good to see you, but as you can plainly see, you caught me in the middle of doing one of my favorite things in the world. Of course, I can tell by the troubled look on your face that you’re spiritually grieved by what I’m doing, but frankly it can’t be helped. As a Christian, my conscience is clear in this matter, so I’m completely free to do this. And I don’t have to stop doing it just because you are positioned from a vantage point that sees it as detrimental or sinful in some way.

See? There are numerous passages in the New Testament that prove that I have an exemption from your contrary preference concerning my behavior.

END_OF_DOCUMENT_TOKEN_TO_BE_REPLACED

In Contemplation Of The Grave

“A grave, wherever found, preaches a short and pithy sermon to the soul.” ― Nathaniel Hawthorne.

Look for a minute into the grave….

Each one of you must die. If I were addressing an assembly of the sages of the world, I should say, “All your combined wisdom cannot lengthen the days of one of you even a single minute. You may reckon the distance of the stars and weigh worlds, but you cannot tell me when one of you will die, nor how many grains of sand are left behind in the hourglass of time which shows the exit of each spirit from the world.”

Now you have so many days and in one of those days there will be the poison of death. I do not know which one. It may be tomorrow. It may not be until many days have gone by. Is it not foolish, therefore, to be living in this world without a thought of what you will do at last?

END_OF_DOCUMENT_TOKEN_TO_BE_REPLACED 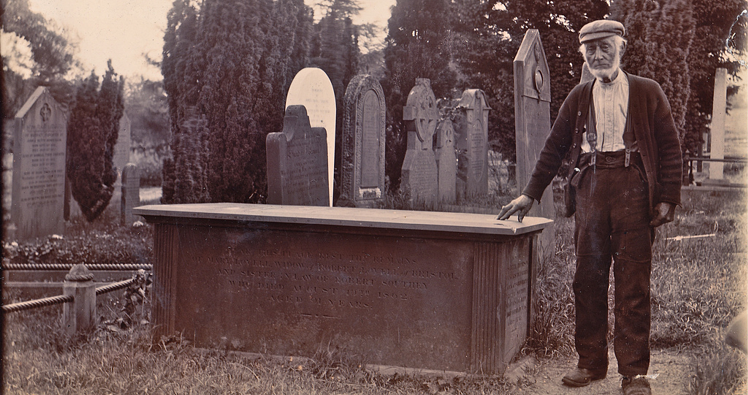 END_OF_DOCUMENT_TOKEN_TO_BE_REPLACED

The Spiritual Lust Of The Four Inklings

Making Sandwiches To Feed The Spirit!